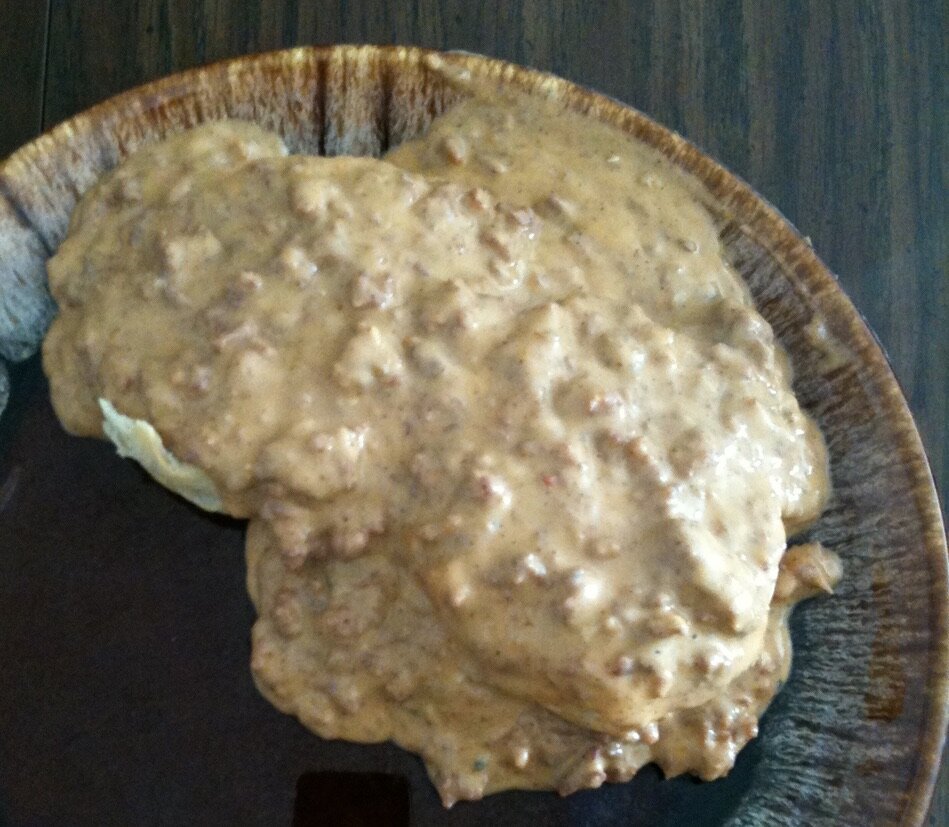 It ain’t pretty, but this is the greatest biscuits and gravy gravy recipe ever…

*: the more flour you add the more gravy you’re going to get. I like mine on the meatier side and for 1lb of sausage four rounded tablespoons was good.

You’re on your own for biscuits. I would suggest something better than Grands, they always have a bad aftertaste to me. I admit, there’s not much too it but I’ve never seen biscuits and gravy with chorizo in it. I have tried just chorizo in the gravy but it’s just not as good. Here is a picture. Don’t let the lookdeceiveyou.

Most likely I will make this better by adding Bacon.